The ‘Muslim mum’ is the target of Aussie exporters going vegan, organic and halal

The Muslim mum: That’s the core demographic that many Australian businesses are targeting as they pivot away from purely focusing on China, towards exporting a new breed of halal-certified products to South-East Asia and the Middle East.

Two years ago, when the pandemic hit and Betul Turker lost her job, she realised that was the demographic that was untapped in her local area.

She set up a health food store in the fast-growing and culturally diverse community of Coolaroo, in Melbourne’s north. Here, more than 30 per cent of the population identify as Muslim.

In addition, many of the young Muslim mums coming into her store don’t want to use products that contains certain animal products, or alcohol, as their religion doesn’t allow it.

That’s why almost everything she sells at The Nutrition Corner — from vitamins to cosmetics and cleaning products — is vegan, organic and halal-certified.

“Halal cosmetics just means that the ingredients that they are using our Halal-certified, because it’s very common in skincare and makeup … to use animal fats as emulsifiers, to use alcohol as preservatives,” Ms Turker explains.

According to the latest State of the Global Islamic Economy Report, the world’s 1.9 billion Muslims spent about $3 trillion in 2021 across the food, pharmaceutical, cosmetics, fashion, travel, and media and recreation sectors.

This was an almost 9 per cent increase in spending from the year before.

Excluding the finance sector, Muslim spend is forecast to reach about $4 trillion by 2025. That is a four-year annual growth rate of 7.5 per cent.

It’s not just small businesses that have realised the massive export opportunity.

While China is and will always been a massive market for vitamins brand Blackmores, two years ago the company started exporting halal-certified supplements to small retail outlets across South-East Asia.

He says the company sells into small pharmacies and retail outlets overseas where these women shop.

“The starting point is the mum – she is looking, obviously, to purchase products that … deliver the right natural health benefits for her and her family,” he says.

Mr Symington says the company also caters to visiting tourists seeking Halal-certified products for themselves and to take back home to their families.

“The Muslim tourism is a huge industry — there’s a lot of tourists that come from overseas that, that have specific religious beliefs and requirements,” he says.

But it’s the overseas markets where the company sells halal-certified products that are their fastest growing markets.

“Last financial year, in FY22, Indonesia grew at 37 per cent, and the group of international markets, of which most of these consumers are based grew above 32 per cent,” he says.

According to Austrade, Singapore, Indonesia and Malaysia are among the top countries Australia exports to where there’s demand for Halal-certified.

Plant-based food producers could soon be forced to drop terms including ‘beef’, ‘sausage’ and ‘burger’ from their packaging. 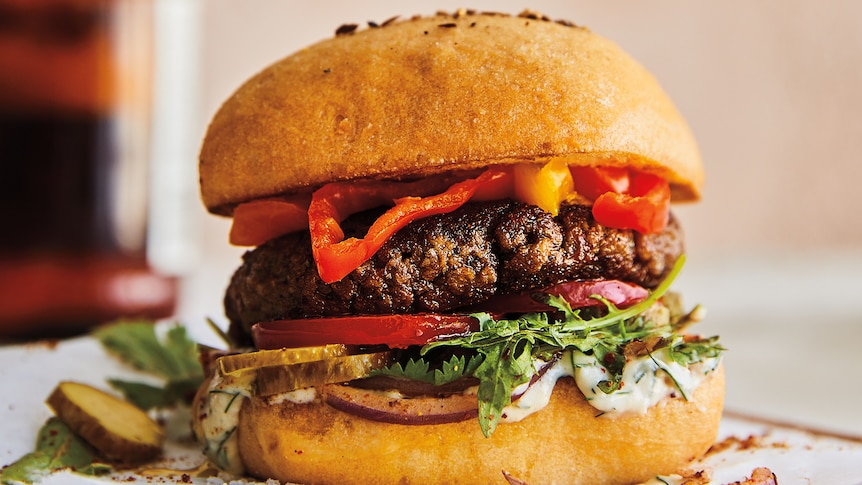 But it says local businesses are also looking to export to countries further away, like Saudi Arabia and the United Arab Emirates.

“We’re seeing fantastic opportunities for Halal-certified products around the world,” says Luisa Rust, senior global engagement manager at Austrade, speaking at the sidelines of a trade event where halal-certified burger patties were on offer.

“On our doorstep, we have over 240 million potential customers in South-East Asia.”

Many other countries like Germany and Canada are looking to export halal certified.

But getting halal-certification isn’t easy. Even big players like Blackmores have found it a challenge.

The company has managed to get its products accredited halal for several countries in South-East Asia, Mr Symington says, but its team is yet to conquer the Middle East market.

“The process takes quite some time because you need to certify your manufacturing facilities, your processes, and your product innovation and product development processes as well,” Mr Symington says.

“The top three or four markets for us for halal certification is Indonesia, Malaysia, and we’ve started in Singapore, but soon Thailand will also be coming online.

“We’re working with the world halal food authority to understand some of the other accreditation processes for some other markets in countries like Pakistan and other important Muslim-based communities.”

The company that manufactures the cosmetics that Betul Turker sells at her health food store is Total Beauty Network.

Its CEO, Tony Rechtman, says they’ve been selling their ‘Inika’ range into Myer and David Jones for years.

But the family-owned business is now tapping overseas demand for Australian-products that are halal-certified, animal cruelty free and vegan and organic.

“Globally we sell in countries like Malaysia, the Middle East, the US, the UK, and today, we’ve got about 36 countries globally and growing,” Mr Rechtman says.

He says it can take years rather than months to get the required certifications, which differ in every country.

“Developing products that are natural, organic and halal is very hard,” he says.

He says they recently had to hold back launching a hydrating mist because it contained a non-halal ingredient.

“By accident, the lab had put some alcohol in the product,” he says.

“We had to go back to the drawing board and spend another 18 months developing the product to make sure it was as good as the product we developed but that it didn’t have alcohol.”

The business manufactures confectionary and cake decorations out of its factory in Pakenham in Melbourne’s east.

It started its Halal-certified range about a decade ago, mainly to service the local market.

“They (consumers) are looking for the clean, green, certified Australian products and halal is an additional benefit,” Mr Holm says.

He says many of their Muslim customers are home bakers.

“They, like everybody else, really either like baking or like sweet treats, but it (the ingredients in products they consume) needs to be aligned with their Islamic beliefs,” he says.

Dollar Sweets is now exporting its products to South-East Asia and is looking to the Middle East next.

“We’ve had a lot of success in the last 12 months in those (South-East Asian) markets,” Mr Holm says.

“We’re hoping that in the next 12 months, it (business) exceeds 15 per cent of our turnover.”

According to a report from the Senate Standing Committee on Economics inquiry into food certification schemes in Australia, there were examples of a lack of regulation and transparency in halal certification systems. 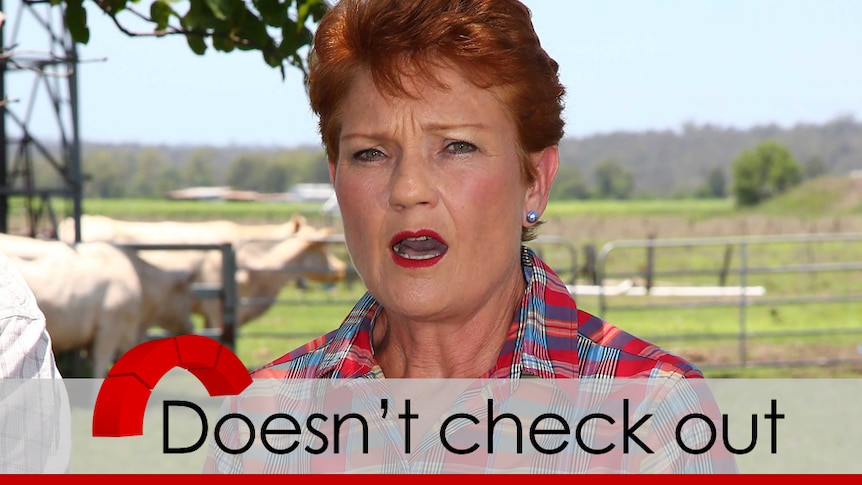 The inquiry suggested improvements could be made in halal certifications both the export and domestic markets, and a review was conducted following the inquiry.

One of the submissions made during the inquiry (in which the name was withheld) suggested at the time there were about 33 halal certification companies in Australia.

It said most of them were authorities for the issuing of halal certification of food for export to Islamic countries such as Saudi Arabia, Indonesia and Malaysia.

In addition, the submission, which took issue with halal certification catering to minority communities, claimed that about 70 per cent of all goods sold in Coles, Woolworths and IGA supermarkets are now halal certified whether they carry a halal symbol or not.

While Australia continues improving the certification systems and making it easier for local businesses to export overseas, it is expected that consumer appetite for halal certified products will grow.

The world’s Muslim population is projected to reach about 3 billion by 2060.

Ms Turker is not yet exporting to the world but is open to the opportunity.

She says Muslims living overseas are often enquiring about buying products from her store.

“The demand is definitely there,” she says.